Yes, you SHOULD plant box hedging

Should you think outside the box blight? 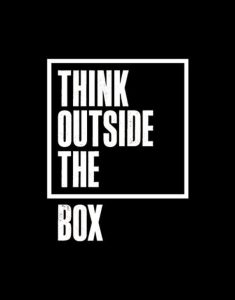 Box blight.  A headline grabber?  A scaremonger?  Yes, if you plant box hedging, you might be at risk of falling foul to box blight (which is treatable, by the way).   But if you choose another plant species, you might just be opening yourself up to other dilemmas.  So why not think differently when you’re considering what to plant, where to plant and why you’re planting – at allgrowth, we always do.

It’s simple to avoid planting box and substituting say, Pittosporum.  But one hard winter? That’s the end of your hedge.  A box hedge, planted correctly, watered sufficiently and in plenty of soil, stands a great chance of thriving and creating what the customer originally planned – a wholesome, hearty hedge boundary.

How about Ilex Crenata?  All well and good, but not if your hedge is in the South Eastern quarter of the country – it won’t grow on clay soil.  Besides, there are less of these available and they’re more expensive.

Back to the box hedge then?  Why not? Even if blight becomes a factor, this can be sprayed and controlled.  Reduce the stress in the plants and feed them, and the hedge will flourish.

“How about Prunus lusitanica? We’ve got loads of these on the nursery.”

Aah yes.  The Portuguese Laurel.  No box blight there.  But hang on….there’s still the chance of shothole, vine weevil and don’t get us started on the plant passporting and health of this and other rosaceae varieties.

We’re not obsessed with box, but we will always offer the best plant to suit what the customer is trying to achieve – and if it’s box, it’s box.  Cornus could be a good hedge proposal; it’s easy to trim and coppice, it grows tightly, gives great Winter stem colour and pretty Summer flower colour.  It’s vigorous.  You can plant it in swathes.  It’s cheap. It’s available. It works.