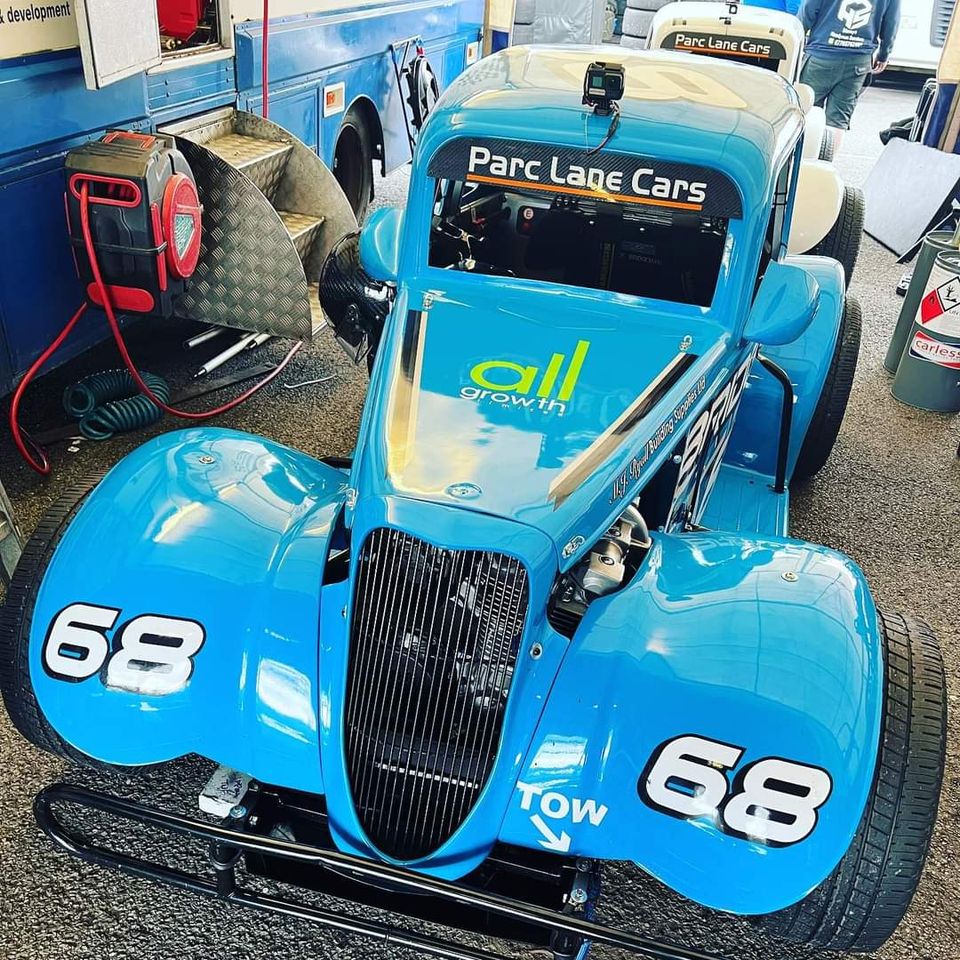 Legends Cars are bodyshell replicas of American cars from the 1930s and 1940s – Ford Coupes and Sedans.  With cars capable of reaching speeds beyond 120mph and the sport renowned for its high dramas and race spectacles often three or four cars wide, it is already a popular racing phenomenon across the globe. Within the UK, the British Automobile Racing Club (BARC) National Legends Car Racing calendar has been running for 28 years and is in full swing with Round 5 now completed this weekend (7/8 May 2022) at the Pembrey circuit in Wales.

A keen car and racing enthusiast, allgrowth’s Peter Middlicott has followed the Legends Car National Championship with interest for over 10 years. This year there is an extra element of anticipation as the company are team sponsors of Bridgeman Motorsport, their driver Nick Bridgeman and his #68 car. 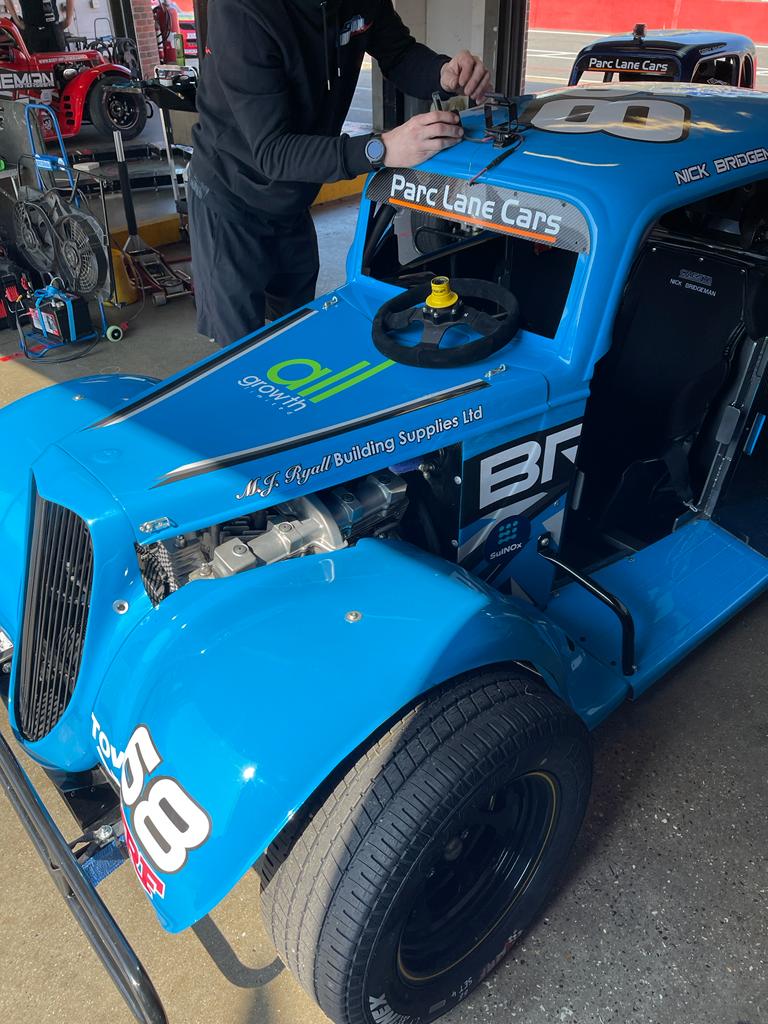 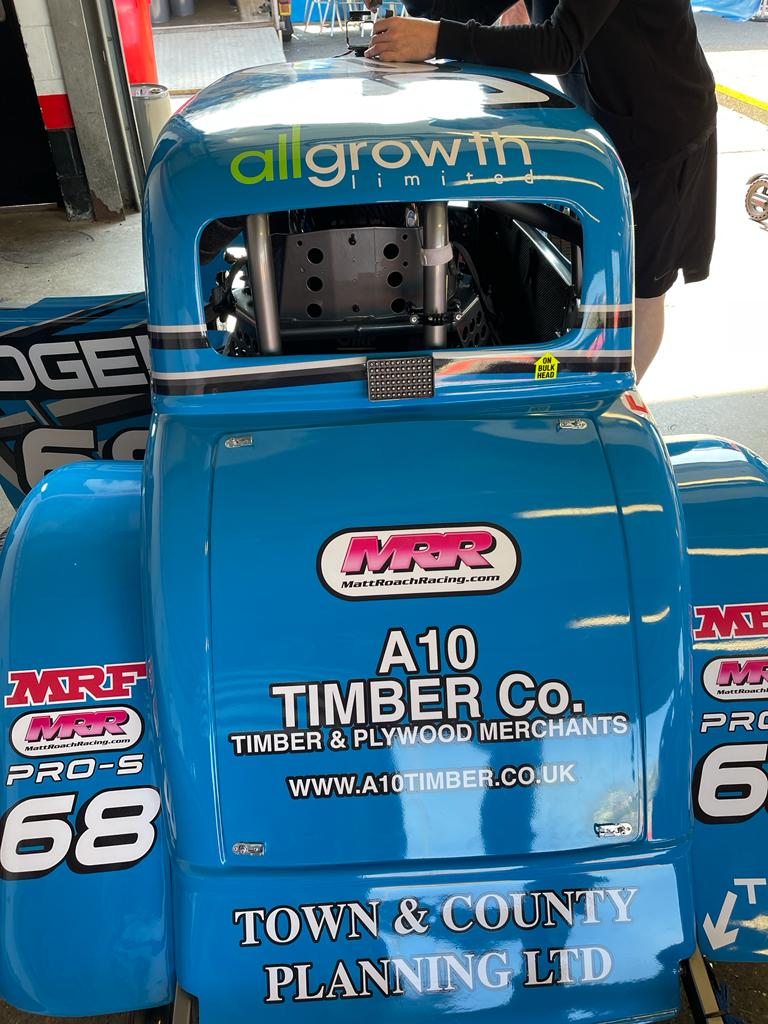 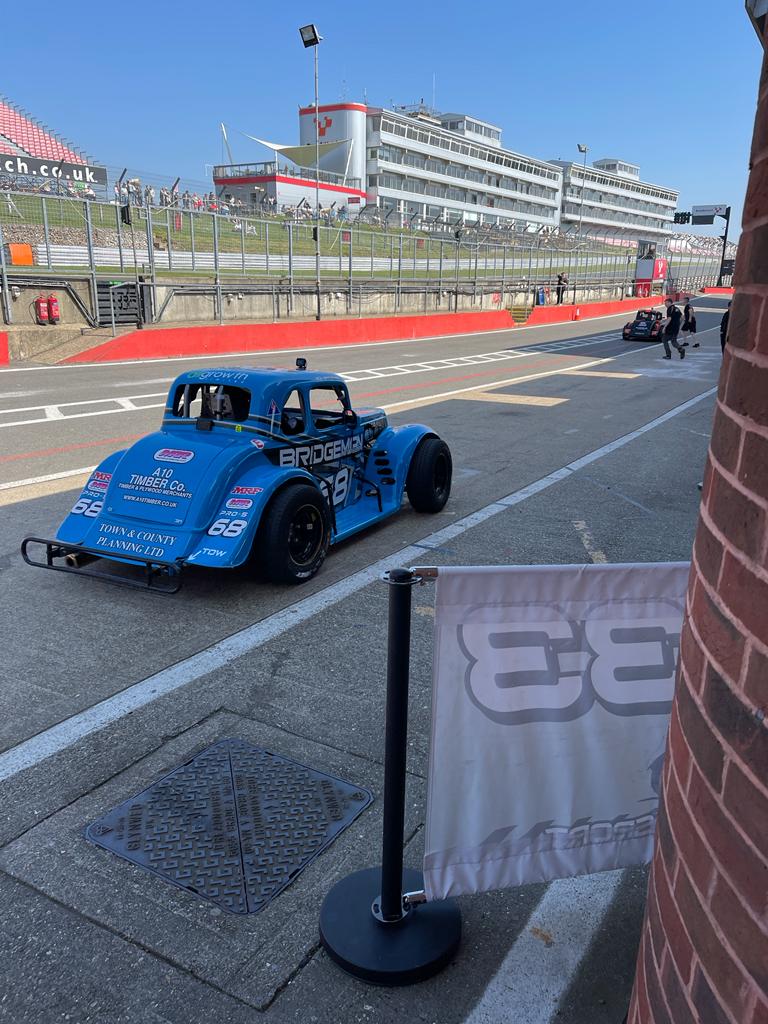 Bridgeman finds his racing line in an electric blue 34 Ford Coupe, charged by a 130bhp Yamaha 1250cc motorcycle engine. He was spotlighted as one of the best up-and-coming drivers in 2021 has been showing great promise this season so far. On his latest outing, he came back in the final after taking a knock in one of the heats which had left him unplaced.  The Round 5 final saw Nick come back after the heat upset, racing some hard-fought circuits and finally placing third in his single seater coupe. He completed the 5-lap circuit final at Pembrey after its restart in 5:43.337.  The recent run of good form comes off the back of a greyer spell and is a welcome return to success for the Bridgeman Motorsport team.

Televised on Freesports TV (Ch65 Freeview or Ch433 Sky), videos on headline sponsor Parc Lane Cars website and with growing popularity in packed spectator arenas at the biggest motor racing venues across the UK, you can follow the progress on Bridgeman Motorsports social media platforms on Facebook, @bridgemanmotorsport on Instagram and Twitter, as well as on their Youtube channel.

Keen to build on his 2021 promise and pushing forward in the overall leader tables for the season, Nick is pleased to have allgrowth and Peter on board as sponsors. The associates have had a successful business association over the past few years which has developed into an equally strong friendship and one to build on both professionally and competitively.  The allgrowth team have supplied a number of large trees, hedging and shrubs for Bridgeman Construction landscape projects across their residential developments in the South East of England and continue to work with the development team to advise, supply and plant their Bedfordshire-grown trees and that plant material sourced from a broad network of UK and Europe-wide nurseries. 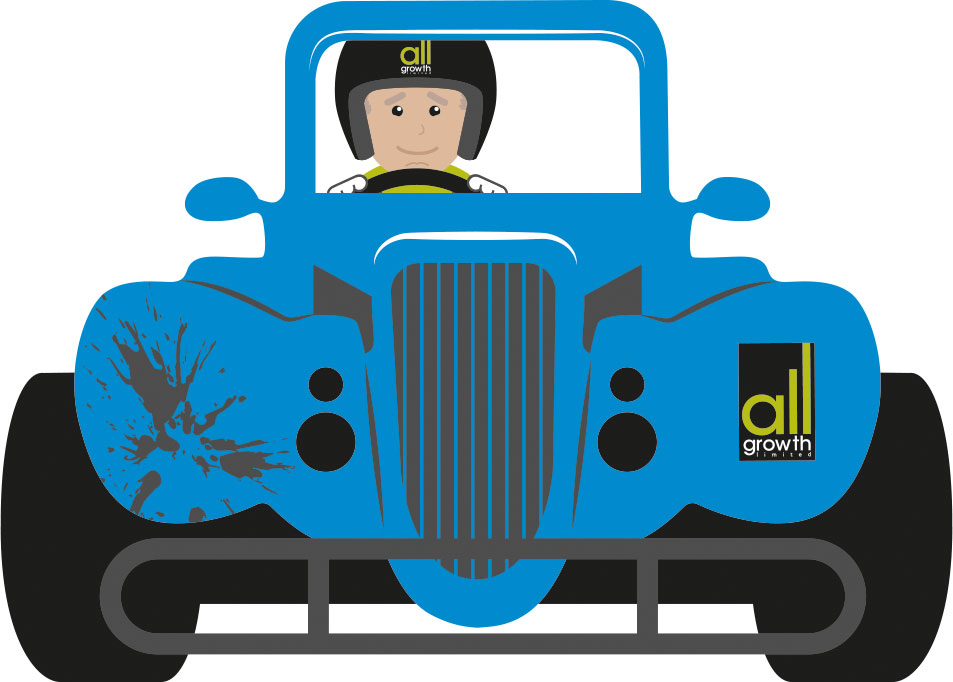 Trees, Shrubs, Topiary and Hedging for your landscape, garden or estate

If you have a landscaping project or are looking for the best plants and trees, from UK-grown stock or sourced from UK and Europe’s most reputable nurseries, contact us today.