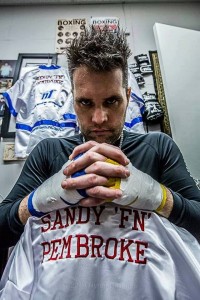 We like to be different.  We like to be ground-breaking.  So we’ve agreed to sponsor an overseas whizz who is vying for his 3rd World Title in Kick-Boxing.

Sandy Pembroke, now based in Canada, was born in London and first donned boxing gloves at the age of 2.  He moved from Sydney and then to Canada and after a journey through college football, he took up kickboxing and made his way through the ranks to Canadian Kickboxing Champion. Travelling all over the world, extending his fighting feats and building his kick-ass reputation, Pembroke doubled up with his Lecturing role at the University of South Australia, conducting his PhD studies under full scholarship.

As his lead sponsor in his kickboxing endeavours, allgrowth are happy to champion Sandy as he makes his bid for a third World title.  As an influential motivational speaker and social media specialist, he’s keeping us on our toes in that respect, too!

Find out more about Sandy and his kick-boxing prowess on his Facebook page.

We’ll be following Sandy’s progress and promoting his success in tune with his motto: ‪#‎AlwaysBeGiving‬ ‪#‎ABG‬.  Best of British, Sandy!